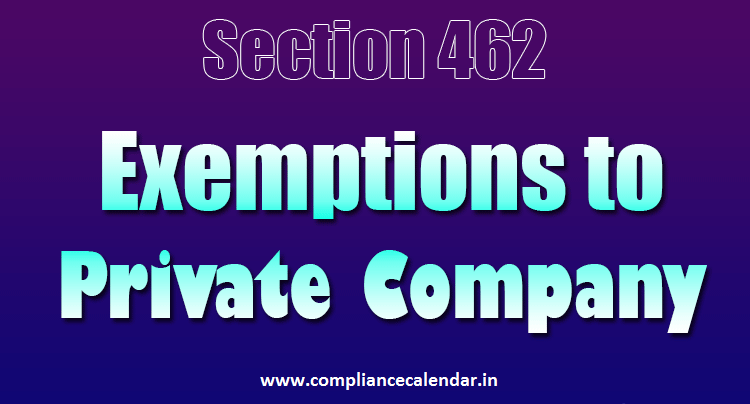 In exercise of its powers u/s 462, the Central Government vide notification dated 5th June,2015 has granted certain exemptions to private companies from the applicability of certain provisions of the Companies Act, 2013.

It is intended to bring about ease in doing business and to provide a simpler and easier legal frame work for the Private Companies to function.

The notification takes effect on and from 5th June, 2015.