Login Create Your Own Profile 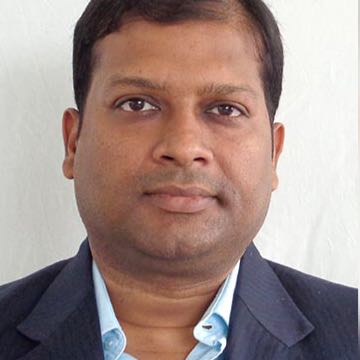 He has passed B Com (Hons) from University of Delhi and LL.B. from Campus Law Centre, University of Delhi in year 2003. He has undergone internship under Mr Sanjiv Khanna, Advocate (presently justice at Delhi High Court) from 2001 to 2003. He has court room exposure and worked along with him on matters related to income tax, corpo...
Click here for more

Some Important Changes in GST By CA Ashish Agrawal

The GST Council in the 32nd meeting, held on 10th January, 2019, had taken various key decisions which would have the impact of reducing the compliance burden of small taxpayers and which would bring certainty in various ambiguous matters. Some of these decisions have been made effective from April 1, 2019. In respect of certain controversial matters, the CBIC has issued various clarifications whi......

The facility to upload Revised Return for the returns filed manually (Paper Filed Returns) is now enabled in e-Filing. The taxpayer is required to suffix ‘0’ (Zeros) in case the acknowledgment number of the original paper filed a return is less than 15 digits. Example – Paper Filed Return Acknowledgement Number is – ‘1123456211’, in e-Filed return the taxpayer n......

Notice under Section 142(1) of the Income-tax Act, 1961 [Cash Deposit during Demonetization] By CA Ashish Agrawal

Central Board of direct taxes has issued a notification/circular on 05th of March 2019 with regard to SOP for the handling of cases related to substantial cash deposit during the demonetization period in which notice under section 142(1) of the Income-tax Act, 1961 has not been compiled.    The Income tax department has issued notices to around three lakh persons in this rega......

The 177th meeting of ESI Corporation held on 19/02/2019 under the Chairmanship of Shri. Santosh Gangwarji, Hon'ble Union Minister of Labour and Employment and in the presence of Union Labour Secretary Shri Heeralal Samariya IAS, Director General, ESIC  Shri Raj Kumar IAS and Employee and Employer Representatives has taken some landmark decisions for the overall improvement of the ESI Scheme a......

1. *Commencement Certificate* is mandatory now to be obtained within 6 months of Incorporation without which, it can not comment on its business activity or borrow money. 2. The ROC can strike off a company if the address of Regd Office is *bogus* or incomplete/improper address.  3. Conversion of public Ltd to Pvt Ltd matters shifted from NCLT to Regional Directorate.  4. Company cann......

The MINISTRY OF COMMERCE AND INDUSTRY (Department of Industrial Policy and Promotion) has issued a notification in the Gazette on  16th January, 2019 which has been issued in partial modification of the earlier Gazette Notification No. G.S.R. 364(E) dated April 11, 2018, with regard to clause (viib) of sub-section (2) of section 56 of the Income Tax Act. A Startup which is recognised by DIPP......

CBDT amends Form No. 36 (Form of appeal to the Appellate Tribunal) By CA Ashish Agrawal

Dear Professional Colleagues,As per the provisions of Sub-section 4 of Section 16 of the CGST Act 2017, input tax credit can be claimed on the tax invoices or debit notes issued by the supplier in the previous financial year for supply of goods or services or both has to be claimed by 20th October 2018 i.e. before filing of the monthly return for the month of September 2018 basis of prov......

Dear Professional Colleagues,Central Board of Indirect Taxes and Customs has issued Circular number  64/38/2018-GST dated 14th September 2018 wherein the earlier circulars issued with regard to the procedure for interception of goods in movement, detention, release and confiscation of such goods and conveyances have been modified. Section 68 of the CGST Act read with Rule 138A of the Central......

Central  Board of Direct Taxes has issued circular on 11th July 2018  were in the monetary limits for the filing of appeals by the Income-tax department before Income Tax Appellate Tribunal, High Court and Supreme Court has been revised as a measure for reducing litigation. Henceforth, Appeals/ SLPs shall not be filed in cases where the tax effect does not exceed the monetary ......

Clarification on the Immunity u/s 270AA of the Income Tax Act, 1961 By CA Ashish Kumar Agrawal

Dear Professional Colleagues,CBDT has issued circular on 16 August 2018, wherein Clarification has been issued on the immunity provided u/s 270AA of the Income-tax Act, 1961. Section 270AA of the Income-tax Act, 1961 (the Act) inter alia provides that w.e.f. 1st April 2017, the Assessing Officer, on an application made by an assessee, may grant immunity from imposition of penalty under section 27......

Dear Professional Colleagues,By Indian Govt. in July 2018 a committee was set up, for looking the offences relating to Companies Act, 2013. This committee gives advices for better improvement of corporate compliance.  This report has been given to the Central Minister of Corporate Affairs, Shri Arun Jaitley. The committee facilitates advices to Govt. relating to relaxation in business p......

Dear Professional Colleagues,Time has come for the Tax Audits and we as Professionals to provide quality services must keep ourselves updated. Please find here my compilation on the recent changes in Income Tax Audit for Chartered Accountants. Your comments and suggestions are welcome.......

Disclosure requirement under amended section 90 of the Companies Act 2013, sets a deadline on 11th Sep, for all companies to disclose the names of individual to either directly or indirectly hold more than 10 per cent stake in the entity or exercise significant influence or control over its affairs. It will no longer be possible to mask the ultimate beneficial ownership of the company. The new dis......

Dear Professional Colleagues,Some of the characteristics of the GST Registration mechanism are:- 1.Single Pan based registration 2.Single return for SGST/UTGST, CGST & IGST 3.Per state single registration. 4.Online procedure (though after registration physical visits  can be made based on risk profile) 5.Separate registration procedure for a non-resident taxable  person, casual ......

Dear Professional Colleagues, The GST common portal would reopen for migration on 25th June 2017. Assessees are required to complete the migration process before 30th   September 2017.  DG Systems is constantly compiling the provisional Id requests and sending them to GSTN for the creation of Provisional IDs and pursuing with GSTN for resolution of problems faced by registered taxp......

Find me easily on Google Map

He has passed B Com (Hons) from University of Delhi and LL.B. from Campus Law Centre, University of Delhi in year 2003. He has undergone internship under Mr Sanjiv Khanna, Advocate (presently justice at Delhi High Court) from 2001 to 2003. He has court room exposure and worked along with him on matters related to income tax, corporate laws, pollution laws, medical negligence and other civil laws. He has been practicing as an Advocate from 2003 to 2010 and has appeared in High court, Income Tax Appellate Tribunal, CCIT and CIT (A) on matters related to income tax. He has also handled several search and seizure, survey matters before the Hon’ble Income tax Settlement Commission, Kolkata bench. He is currently practicing as a Chartered Accountant (FCA) from year 2010 onwards and is handling several search & seizure, survey and other matters related to income tax. He has been actively appearing before CIT (A), Principal CIT, ITAT and Settlement Commission in various matters. He has qualified Information system Audit course, certificate course on forensic accounting and fraud detection and certificate course on current audit of banks conducted by ICAI. Apart from above, he is also carrying on practice in field of vat and service tax compliances, assessment and appeals. He is appearing before the ACCT and other sales tax and service tax authorities in course of assessment proceedings. He is also appearing before JCCT and CCT on course of appellate proceedings. He is also appearing before Principal Chief Commissioner of Income Tax in matters relating to compounding of offences, waiver of interest u/s 234A, B & C, condonation of delay in filing of return u/s 119(2), etc. He is offering consultancy and advisory services, compliance and regulatory services drafting, litigation and representation before department authorities. He is having good and cordial relations with Senior Officers in the Income Tax department, Central excise and service tax, Commercial taxes (Bihar Vat) and other government organizations. He is also handling various assignments related to audit in various parts of Bihar. He has addressed various seminars and workshops on GST organised by various bodies. He has taken live sessions and program at various new channels and has also taken sessions as a faculty for Chartered Accountants at Bihar Chamber of Commerce & Industries and at Patna Branch of ICAI. He has completed the Residential Course and Virtual Certificate Course on GST conducted by ICAI, New Delhi. He has been writing various articles on GST and other topics in Newspapers, blogs and other social media. He is extensively engaged in GST consultancy and delivering business advisory services. He is member of Tax Sub-Committee of Bihar Industries Association, Bihar Chamber of Commerce & Industry, various other professional and social bodies and organizations. He is also regularly meeting and interacting with GST officials and trade bodies and advising towards better implementation of GST and removal of various difficulties.