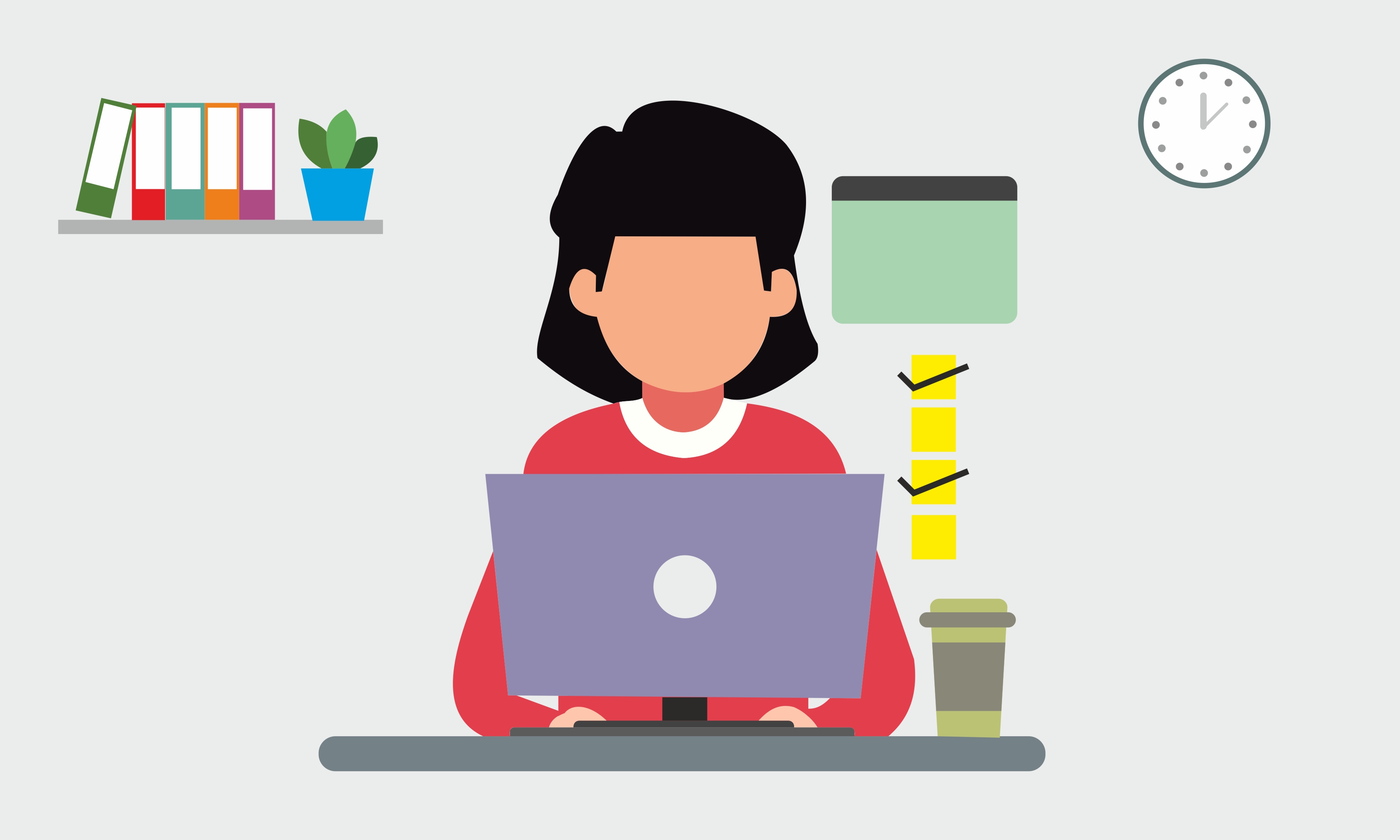 A Government Authority or license conferring a right or title for 20 years, especially the sole right to exclude others from making, using, or selling an invention. Do you have any queries related to Patentability Search and Registration, feel free to contact CCL IPR Division.

Top reasons to get Patent Registration

The first legislation in India relating to patents was the Act VI of 1856. The objective of this legislation was to encourage inventions of new and useful manufactures and to induce inventors to disclose secret of their inventions. The Act was subsequently repealed by Act IX of 1857 since it had been enacted without the approval of the British Crown. Fresh legislation for granting ‘exclusive privileges’ was introduced in 1 859 as Act XV of 1859. This legislation contained certain modifications of the earlier legislation, namely, grant of exclusive privileges to useful inventions only and extension of priority period from 6 months to 12 months. This Act excluded importers from the definition of inventor. This Act was based on the United Kingdom Act of 1852 with certain departures which include allowing assignees to make application in India and also taking prior public use or publication in India or United Kingdom for the purpose of ascertaining novelty.

In 1872, the Act of 1859 was consolidated to provide protection relating to designs. It was renamed as “The Patterns and Designs Protection Act” under Act XIII of 1872. The Act of 1872 was further amended in 1883 (XVI of 1883) to introduce a provision to protect novelty of the invention, which prior to making application for their protection were disclosed in the Exhibition of India. A grace period of 6 months was provided for filing such applications after the date of the opening of such Exhibition.

This Act remained in force for about 30 years without any change but in the year 1883, certain modifications in the patent law were made in United Kingdom and it was considered that those modifications should also be incorporated in the Indian law. In 1888, an Act was introduced to consolidate and amend the law relating to invention and designs in conformity with the amendments made in the U.K. law.

The Indian Patents and Designs Act, 1911, (Act II of 1911) replaced all the previous Acts. This Act brought patent administration under the management of Controller of Patents for the first time. This Act was further amended in 1920 to enter into reciprocal arrangements with UK and other countries for securing priority. In 1930, further amendments were made to incorporate, inter-alia, provisions relating to grant of secret patents, patent of addition, use of invention by Government, powers of the Controller to rectify register of patent and increase of term of the patent from 14 years to 16 years. In 1945, an amendment was made to provide for filing of provisional specification and submission of complete specification within nine months.

After Independence, it was felt that the Indian Patents & Designs Act, 1911 was not fulfilling its objective. It was found desirable to enact comprehensive patent law owing to substantial changes in political and economic conditions in the country. Accordingly, the Government of India constituted a committee under the Chairmanship of Justice (Dr.) Bakshi Tek Chand, a retired Judge of Lahore High Court, in 1949 t o review the patent law in India in order to ensure that the patent system is conducive to the national interest. The terms of reference included —

The committee submitted its interim report on 4th August, 1949 with recommendations for prevention of misuse or abuse of patent right in India and suggested amendments to sections 22, 23 & 23A of the Patents & Designs Act, 1911 on the lines of the United Kingdom Acts 1919 and 1949. The committee also observed that the Patents Act should contain clear indication to ensure that food and medicine and surgical and curative devices are made available to the public at the cheapest price commensurate with giving reasonable compensation to the patentee.

Based on the above recommendation of the Committee, the 1911 Act was amended in 1950(Act XXXII of 1950) in relation to working of inventions and compulsory licence/revocation. Other provisions were related to endorsement of the patent with the words ‘licence of right’ on an application by the Government so that the Controller could grant licences. In 1952 (Act LXX of 1952) an amendment was made to provide compulsory licence in relation to patents in respect of food and medicines, insecticide, germicide or fungicide and a process for producing substance or any invention relating to surgical or curative devices. The compulsory licence was also available on notification by the Central Government. Based on the recommendations of the Committee, a bill was introduced in the Parliament in 1953 (Bill No.59 of 1953). However, the Government did not press for the consideration of the bill and it was allowed to lapse.

In 1957, the Government of India appointed Justice N. Rajagopala Ayyangar Committee to examine the question of revision of the Patent Law and advise government accordingly. The report of the Committee, which comprised of two parts, was submitted in September, 1959. The first part dealt with general aspects of the Patent Law and the second part gave detailed note on the several clauses of the lapsed bills 1953. The first part also dealt with evils of the patent system and solution with recommendations in regards to the law. The committee recommended retention of the Patent System, despite its shortcomings. This report recommended major changes in the law which formed the basis of the introduction of the Patents Bill, 1965. This bill was introduced in the Lok Sabha on 21st September, 1965, which however lapsed. In 1967, again an amended bill was introduced which was referred to a Joint Parliamentary Committee and on the final recommendation of the Committee, the Patents Act, 1970 was passed. This Act repealed and replaced the 1911 Act so far as the patents law was concerned. However, the 1911 Act continued to be applicable to designs. Most of the provisions of the 1970 Act were brought into force on 20 th April 1972 with publication of the Patent Rules, 1972.

This Act remained in force for about 24 years without any change till December 1994. An ordinance effecting certain changes in the Act was issued on 31 st December 1994, which ceased to operate after six months. Subsequently, another ordinance was issued in 1999. This ordinance was subsequently replaced by the Patents (Amendment) Act, 1999 that was brought into force retrospectively from 1st January, 1995. The amended Act provided for filing of applications for product patents in the areas of drugs, pharmaceuticals and agro chemicals though such patents were not allowed. However, such applications were to be examined only after 31-12-2004. Meanwhile, the applicants could be allowed Exclusive Marketing Rights (EMR) to sell or distribute these products in India, subject to fulfilment of certain conditions.

Under the provisions of section 159 of the Patents Act, 1970 the Central Government is empowered to make rules for implementing the Act and regulating patent administration. Accordingly, the Patents Rules, 1972 were notified and brought into force w.e.f. 20.4.1972. These Rules were amended from time to time till 20 May 2003 when new Patents Rules, 2003 were brought into force by replacing the 1972 rules. These rules were further amended by the Patents (Amendment) Rules, 2005 and the Patents (Amendment) Rules, 2006. The last amendments are made effective from 5 th May 2006. 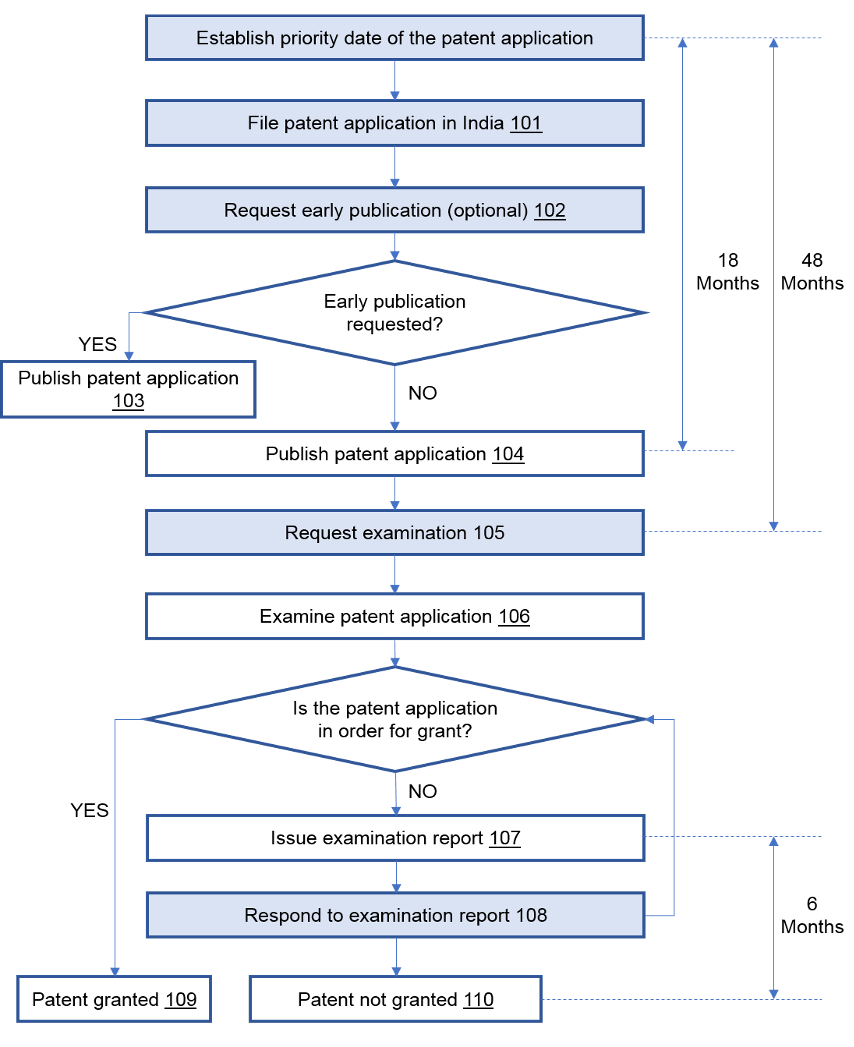 PATENT PROSECUTION AND GRANT OF PATENT